Iron is a vital component of haemoglobin within red blood cells which help to transport oxygen to tissues around the body. Therefore, it comes as no surprise that people with suboptimal iron stores often present with frequent illness, fatigue, underperformance, loss of power, “jelly legs”, loss of endurance, decreased motivation to train and poor mood.

Inadequate dietary iron can lead to varying degrees of deficiency, from low iron stores to early iron deficiency to iron-deficiency anaemia. Blood tests are useful indicators to assist in identifying these various stages of iron depletion.

The recommended dietary intake for iron in females ranges between 8-18mg/d and ~8mg/d in males.

What foods are rich in iron and how is it absorbed? 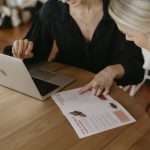 Dietary iron exists in haem and non-haem forms. There are higher amounts of the haem form in animal food sources, whereas plant sources only contain non-haem iron. This is important as up to 40% of haem iron is
absorbed by the body versus 2-20% from non-haem sources.

So, who exactly is at higher risk of developing iron deficiency?

Well, there are a number of factors which can impact one’s iron stores, some of which we have listed below:

How can you optimise your dietary iron?

We have kindly compiled a list of our top 4 tips and strategies for enhancing iron supply:

If you’re concerned you may be at risk of low iron, then we highly recommend checking in with us or see your GP to get a blood test.

Tips for healthy & mindful eating over the holidays!

Tips for healthy & mindful eating over the holidays! We have compiled a list our…

How to improve your recovery nutrition to get the most out of your training! What factors…

Confused about what snacks to have before training? This is a question we get asked…

Perform Dietetics offer face-to-face or online consultations & nutrition services. Book an appointment with our team to discuss your nutritional needs.
Book an Appointment
Back To Top